I know this is an odd kind of detail, an intrusive kind of detail a detail of a loss that wasn’t my own that I only know about through a poem

Where is that blazer now, Anne’s blue blazer that become Maxine’s blue comfort?

Where do memories go when the person who remembers them is gone?

after the poet asked how I would bury my brother

Beyond the carrots and blind white worms, beyond
the yellowing bone orchards and corkscrew roots,
beyond the center of this churchless earth, beloved Peter,
my little sorcerer, brought up dirty & wrong, you deserve more
than to be smothered in mud. For all the gravel you were fed,
for every bruise and knot that named you, I must plant you
in a bed of blood-hot muscle, must deliver you into me,
so I may
carry you as the only mother you have ever known.

“Poets of witness navigate the world in such a peculiar way, seeking justice through writing; punishing and praising with language. This poem is entirely for my quiet brother who is blessed with the gift of withholding.” 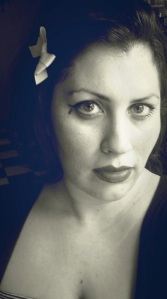 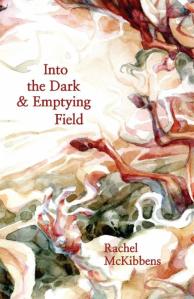 Into the Dark & Emptying Field

Copyright © 2013 by Rachel McKibbens. Used with permission of the author.

Too many people close to me seem to be wrestling with grief right now, the horrible weight of the loss of it. So here is Sharon Olds’ poem about the death of poet Ruth Stone, which is about the loss but even more about the love and legacy and connection of poet to poet, woman to woman, body to body.

And suddenly, it’s today, it’s this morning
they are putting Ruth into the earth,
her breasts going down, under the hill,
like the moon and sun going down together.
O I know, it’s not Ruth—what was Ruth
went out, slowly, but this was her form,
beautiful and powerful
as the old, gorgeous goddesses who were
terrible, too, not telling a lie

for anyone—and she’d been left here so long, among
mortals, by her mate—who could not,
one hour, bear to go on being human.
And I’ve gone a little crazy myself
with her going, which seems to go against logic,
the way she has always been there, with her wonder, and her
generousness, her breasts like two
voluptuous external hearts.
I am so glad she kept them, all
her life, and she got to be buried in them—
she 96, and they
maybe 82, each, which is
164 years
of pleasure and longing. And think of all
the poets who have suckled at her riskiness, her
risque, her body politic, her
outlaw grace! What she came into this world with,
with a mew and cry, she gave us. In her red
sweater and her red hair and her raw
melodious Virginia crackle,
she emptied herself fully out
into her songs and our song-making,
we would not have made our songs without her.
O dear one, what is this? You are not a child,
though you dwindled, you have not retraced your path,
but continued to move straight forward to where
we will follow you, radiant mother. Red Rover,
cross over.

A stunning handmade art book featuring one of my poems is now available: http://medusaslaugh.com/books/ou.htm

Women Write Resistance is out and available for purchase at: http://www.lauramadelinewiseman.com/writing/books/women-write-resistance/

And you can catch a video of Barbara Salvatore reading my work from WWR here: http://www.lauramadelinewiseman.com/writing/books/women-write-resistance/

If you enjoy my blog, or if the quotations and musings are useful for your own work, please consider donating. Even a buck or two helps to cover the cost of maintaining and expanding the blog.